I didn't realize quite how long it had been since I had written anything on my Muslimness. I had to read the last post to remember where I was when I last spewed my guts about the raw experience of being the Muslim me. Wow...it was a LONG time ago. (I did insert a post from another blog I wrote in January. I didn't post it in here at the time but it is relevant so I added it in)
The Yoga Rave wasn't all that. It was sort of weird (although granted it was their first time putting one on, and I have noticed the flyers and posters have gotten more abundant over the last few months so perhaps they know what they are doing a little better now) but it was fun. However I have to admit the conservative Muslim and the Catholic little girl in me was a bit freaked out by the huge various portraits of Vishnu. 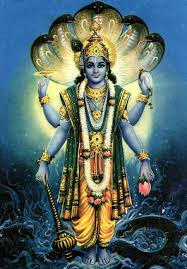 There was some singing, chanting type activity in the Temple Room (complete with statues and incense and flowers, it was quite beautiful) where people were really having a good time. I liked it...as an observer. I don't think I could ever fully participate because I am quite sure I don't feel the elated spirituality they seem to. I WISH I could find that elated spirituality. I feel like I had it when I was a child, found it again for a little while as an adult, and now I feel like a bitter little kid refusing to grow up, demanding someone take me back to Sunday School and all things loving and merciful and kind. Which leads me back to...exactly where?

It appears the last post was on the first Friday night that the lights went out on the women's meeting at Masjid Al-Nour. I am sure part of my not having a good time at the Yoga Rave event was that fact. That place I held SO dear, those women I love SO much, those amazing memories, those times of peace, of community, of the kids running around, playing, having fun, the hugging, the salaams, the never knowing if it is 3 kisses or 4 (I heard somewhere 3 is sunnah so I stuck with that), the dessert and chatter and the getting to know each other, so many of us, all so different and from all over, united by the one thing that brought us there together...(Islam)....just gone.
*poof*
..like it never was. That event and those surrounding it, along with the pure meanness of the people involved was one of the few things that has happened in my life that really, truly broke something inside of me.

But it's ok. I got my spark back 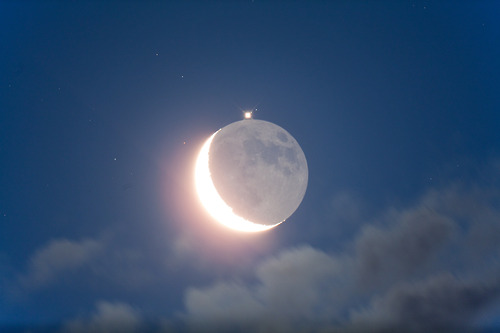 The women's meeting found a new home in the a different local Masjid...this one is known as the Somali Masjid. (We also have a Bosnian one, an "Iraqi" one, the Turks get together on their own, there is a "Pakistani" masjid  (the ones in quotes are not officially deemed as such but there are mostly attended and run by the various cultures all split up but grouped together) and the one I used to go to was frequented by everyone, Americans, Arabs, Somalis, Bosnians, Pakistanis, Indians, Bangladeshis...EVERYONE. it was beautiful. But alas, all good things must come to an end and the end of that experience has been met.

I went to the meetings there for a few of them. It was nice, never quite the same as the times we had at Masjid Nour, never as comfortable. Of course we are blocked off in the back from the men and separated by a portable wall like an office cubicle. We had a potluck for a newspaper writer that fasted in January (Ramadan the fast is too long) to get the experience Muslims get during Ramadan. She wrote about it last year and decided to repeat the experience this year because she enjoyed it. Partly because of the recent religious politics of the community and partially because of the (culturally influenced) restrictive atmosphere of the Masjid in the name of Islam, it was quite embarrassing and we are so lucky the writer is a nice Mormon lady who won't badmouth us. Because any other religion writer for a newspaper would have had some awesome fodder for a juicy anti-Muslim story.  I won't even talk about the rest but suffice it to say there is a big problem (not just here but all over apparently) with women's spaces in mosques. However it was not just how we were treated and how she was treated there, it was how few of the Muslim "community" even showed up to celebrate with us. What a way to show we care, we are united with our community, we are willing to be there when a community member reaches out and wants to befriend us....
WHAT A JOKE.

I should have been done then. And I thought I was. But it would take just a little bit more (JUST like it did with the Catholic Church..it felt very similar when it happened) to really finally push me over the edge with the Muslim Community as I have come to know it here in Utah. When I finally had the courage to walk away from the Catholic Church, I retained my Faith in God, my love of Jesus and his teachings, my belief in God's message and the belief that I will be rightly guided. Just as now, having the courage to finally walk away from the Utah Muslim Community as I have gotten to know it, I maintain my Islam, my infallible belief in God, in His message (however it reaches people) and I WHOLEHEARTEDLY believe in enjoining good and forbidding evil. And so the story goes on, and a new chapter begins. Alhumdulillah for everything and how it all happens. God knows the right time and place for everything, yet I am always amazed at divine opportunities and how perfectly they fit when presented.

that woman
I am a married, working, Mexican-American, Muslim mother. Becoming a Muslim was EASY...staying a Muslim...not so much.